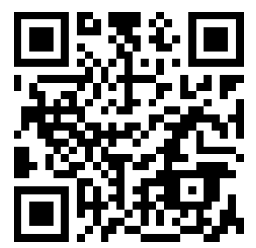 The qualities of a high-quality industrial fan

Page view
[Abstract]:
One: Look at the low-speed, mid-speed, especially in the high-speed gear when the motor head and the whole part will shake.

One: Look at the low-speed, mid-speed, especially in the high-speed gear when the motor head and the whole part will shake.
Second: After a long time of high-speed rotation (at least 1 hour later), the heat of the front of the industrial fan motor is sensed by hand or other instruments. If it feels very hot, the industrial fan motor has poor heat dissipation performance. Angfu uses the German NORD customized version of the industrial large fan dedicated motor. The service life is up to 30 years +.
Three: look at the parameters of speed, power, air volume, noise (the speed, power, air volume and noise of the industrial fan are directly proportional, that is to say, the higher the speed of the industrial fan, the greater the power, the larger the air volume, the noise It will become larger, and the local ventilation and cooling effect will be better.
Four: Look at whether there is intermittent pause when turning the left and right swing heads at high speed, whether there is a swing head not in place.
Comforting the comfort of large-scale energy-saving industrial fans is unmatched by other fans. Under the super-large fan, you will feel the three-dimensional air supply from all directions, covering the entire body, so that the evaporation surface of the juice is large, thus forming It resembles the nature's breeze system, while the traditional high-speed fan is very uncomfortable with high-speed direct blown body. Not only is the wind speed too high, but also the body temperature drops suddenly, and long-term use will have a serious impact on human health. The high wind speed, high air volume and low speed fan produced by Anfu are 1-3m/s, which is a cool breeze.
Previous article:
Description of industrial large fans and common precautions
Installation of industrial large ceiling fans
Next article: